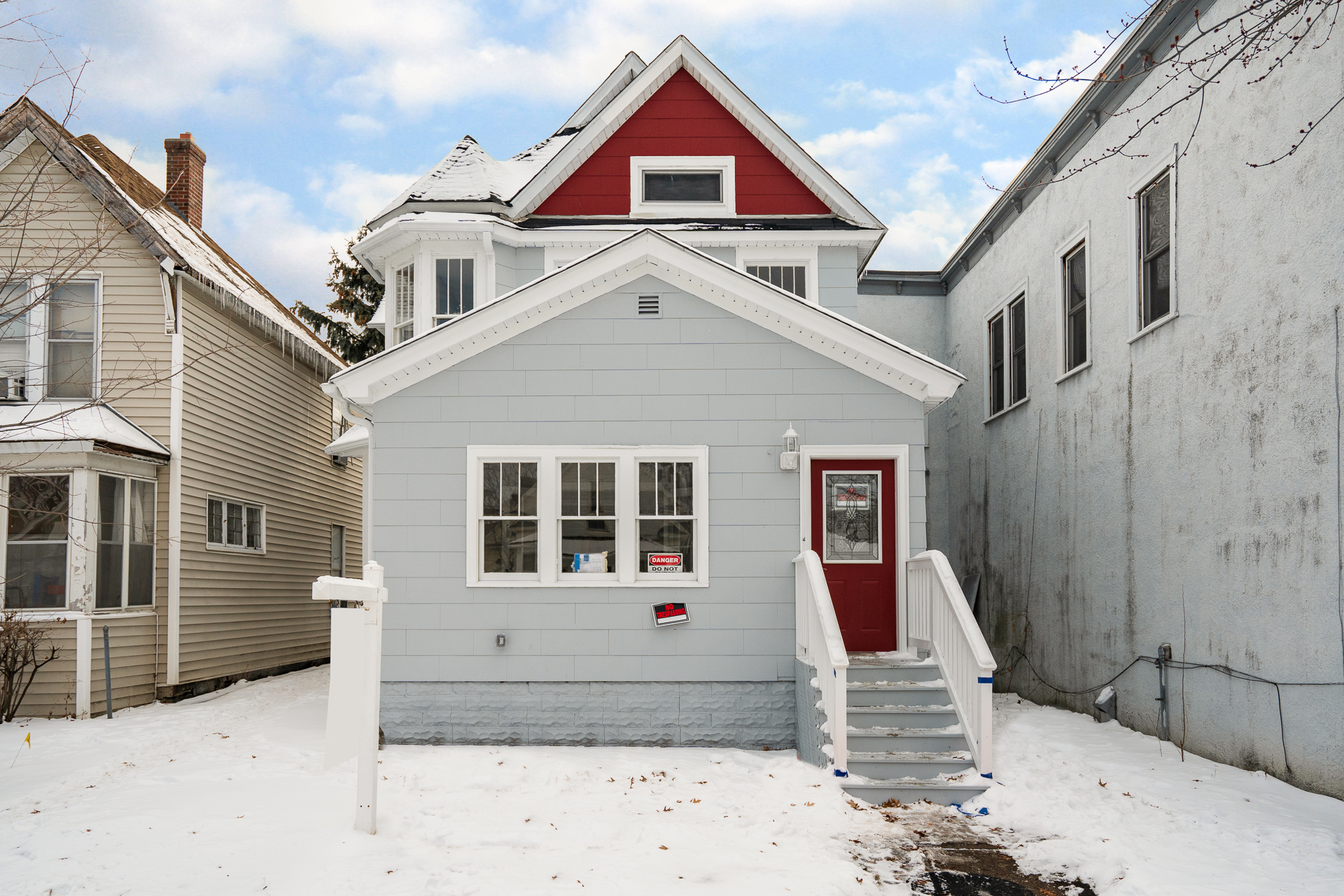 We had the opportunity to meet Susie in February, 2021. Susie inherited the duplex that she, her mom and brother lived in for a period of time, while her mom dated the duplex owner – John. Even though things did not work out between her mom and John, Susie remained close to him as he became a father figure to her.

Prior to John’s passing, Susie made him a promise to fix the home up so that he may, at some point, be able to move back in. Unfortunately, that never happen, but Susie wanted to stay true to her word and in his memory set out to make this home livable again.

Susie had a large mountain to climb, when dealing with this project, and soon became overwhelmed with it all. Battling with the City of St. Paul and their move to have the home demolished and assess Susie with a $20,000 fine for doing so. Stress overcame Susie so she reached out to a close friend and asked her for help in locating a

Susie initially met with a company that seemed to discount Susie’s desire to fix up the home so the contractor pushed her off. After meeting with them, Susie met with our Designer, John Zuber. In Susie’s words, John made her feel comfortable. He took the time to speak to her, take photos of the duplex/home and did extensive measurements in order to put a workable plan together. It was at that point, Susie reached out to her friend and said “I have a great feeling about the company I met with – I am going to go with them.”

When the project was being finalized, Susie ran into another snag – her financing fell through. Susie and Chad, the owner of HomesReinvented by SatinTouch, spoke over the phone and Chad made her an unbelievable offer – “Let us handle that and arrange the project financing.” Susie, feeling defeated, was taken back by the offer from Chad, the owner of HomesReinvented by SatinTouch, and knowing this was an answer from prayer, gladly accepted. The project was now officially underway.

Seeing the home was labeled CAT 3 Abandoned, HomesReinvented by SatinTouch had a few hoops to jump through with the City of St. Paul , but easily maneuvered through them as the City wanted to see the home preserved, just like Susie did. The project took a total of 8 months to complete. Once completed, Chad helped her get the home listed and sold, for $13,000 above the original asking price.

For the full client interview, search out our YouTube Channel at ‘HomesReinvented by SatinTouch – Edmund Ave Home Remodel’. You can also find the audio version on Spotify and Apple Podcast by searching ‘Edmund Ave. Project Home Remodel (complete home remodel).

"Love Satin Touch! They are professional, responsive and provide great value. I highly recommend them for any project and have told friends about them. Thank you again so much."

Project: Bathroom Remodel "We had a tight deadline to finish our bathroom in the basement. They assured us they could meet that deadline and they did with a few days…

Project: Basement Remodel "We had our basement remodeled by Satin Touch. We had a bedroom and seating area added, which we are happy with. We would recommend Satin Touch for…

Project: Bathroom Remodel; "Very helpful to an elderly lady.  They cleaned up the work area extremely well and explained every step of the job.  The price quoted at the very…

Project: Bathroom Remodel "We had a fabulous experience working with Satin Touch. We originally hired them for painting and door installations, but ended up needing them for a master bathroom…

Project: Framing "Satin was incredible to work with, their team was courteous and always on time when they said they would arrive, they always cleaned up after themselves and the…

Project: Kitchen Remodel "I was introduced to Satin Touch through the Home Advisor service, and I chose them over two other contractors to do a kitchen renovation and garage re-siding.…

Project: Exterior Stairwell, 2 Stories "They were able to design and build a challenging set of stairs with creativity and competence."

Project: Kitchen Remodel "From day one Mo set the pace with straight forward answers to our questions. He set a schedule and stuck to it despite several changes at our…

Project: Framing "Satin Touch was the best thing to happen to us and our basement finishing project.  I’ll recommend them to anyone I know."

"We had a great experience working with the Painting division and Jim Olson as our project manager. We were looking to have popcorn ceilings removed throughout the house and repainting…

Project: Kitchen Remodel "Last fall, my wife and I decided it was time to upgrade and update our 37-year-old kitchen. We did some research, found some qualified candidate companies, and…